A step towards mainstream acceptance: Russia's legalization of digital asset mining and trading 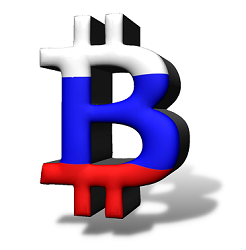 Russia may legalize digital asset block reward mining by 2023, according to recent reports. A bill that is currently being considered by the Russian parliament would also legalize the selling of mined digital assets including cryptocurrencies on both local and offshore trading platforms.

The move towards digital assets in Russia has been gaining momentum over the last few months. The Central Bank of Russia published a report detailing its thoughts on the possible integration of digital assets into the country's financial system earlier this month. In October, a bill sponsored by the central bank and the Ministry of Finance proposed allowing block reward mining, but only in energy-rich regions of the country.

The latest bill, which was co-drafted by Anatoly Aksakov, the State Duma's Financial Market Committee chair, and Deputy Speaker Alexei Gordeyev, looks to double down on the topic of block reward mining. However, it does not include any special provisions related to digital asset payments. The bill provides a standard definition of digital asset block reward mining, as well as mining pools.

Once mined, the digital assets will be allowed to be sold on offshore or local platforms, but only if the Russian information infrastructure has not been used while conducting the transactions, with the exception of transactions that were carried out in accordance with the established experimental legal regime.

As with most other governments, Russian authorities believe that legalizing the industry will help in generating more taxes for the government. Aksakov has been a long-time digital asset supporter in the Russian parliament and believes that the bill will also offer more protection to investors.

The bill comes at a time when Russia has been considering using digital assets for conducting international trade. With the country's invasion of Ukraine in February making it the world's most sanctioned nation, Russia has been searching for alternative payment methods to keep its economy running and digital assets seem to have emerged as a strong contender.

The bill has been introduced into the Russian State Duma, the lower house of parliament, on November 17th. It provides a legal definition of mining and mining pools and would create a domestic cryptocurrency market in Russia's latest step to integrate digital assets into its economy.

Anatoly Aksakov, Chairman of the Duma Financial Markets Committee, has stated that he expects the bill to pass all three parliamentary readings in December, and come into force on February 1st. However, other sources suggest that the bill might become law as soon as January of next year.

Passage of the law will bring this activity into the legal field, and make it possible to form a law enforcement practice on issues related to the issuance and circulation of digital currencies.

The experimental sales regime is made possible by the existing law on digital innovation that was passed in 2020 during the COVID-19 pandemic. It is interesting to note that the bill also bans cryptocurrency related advertisements in Russia.

This move towards legalizing digital assets in Russia comes as a growing number of countries are recognizing the potential benefits of digital currencies, both for the economy and for individuals. Russia's decision to legalize block reward mining and selling mined digital assets on trading platforms could be a significant step towards the mainstream acceptance of digital assets.